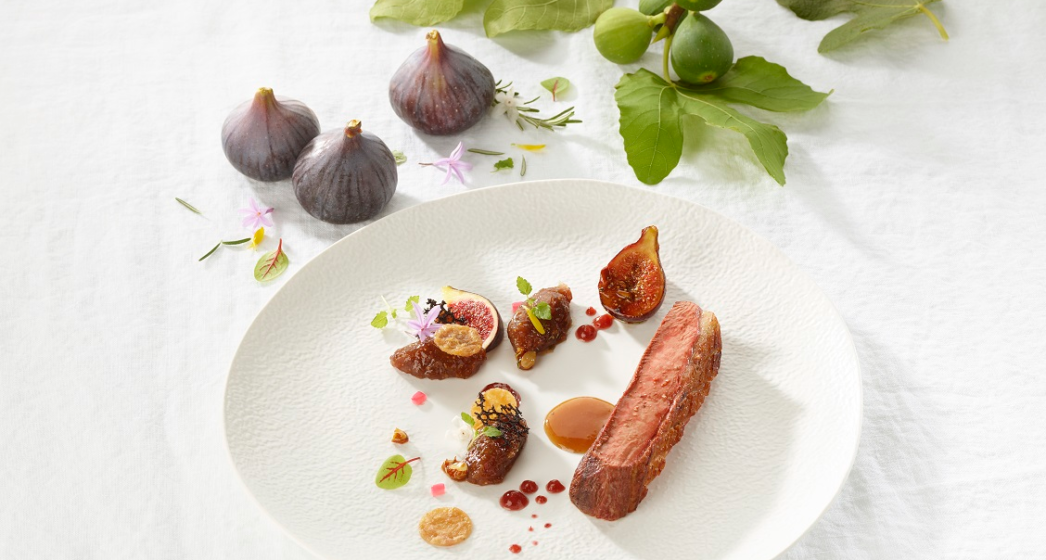 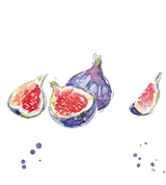 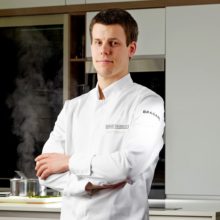 A creation of David Grémillet

David Grémillet has participated in the M6 series "Top Chef" season 8. It's a challenger who has reach the laureate's "Meilleur apprenti de France" in 2010, special mention for Paul Bocuse's foundation in 2011, laureate of Bernard Loiseau Prize in 2016. Now he works with Patrick Rougereau, a famous food photographer. 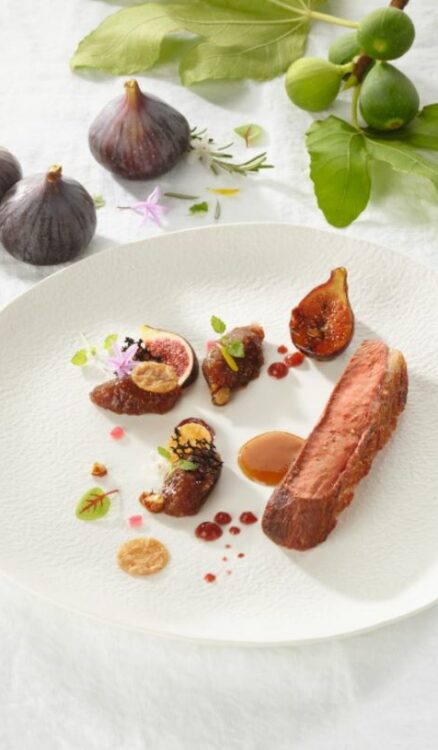 Andros Chef frozen purple fig high fruit compote is slightly sweetened and has a high fruit content (80% fig) which allows uses in various dishes and desserts. A compote delicately blanched to keep fig’s texture with its pulp. An exclusive product in the case of a sweet fruit such as fig, far less sweet than over fig preparations, which surely will inspire Chefs with fresh ideas of food pairing. Our figs are processed in our plant in South Spain at full maturity which offers a sweet and smooth taste. Packed in 1kg flexible bag.

Cut in half the duck breasts, arrange on a plate, serve with chutney quenelles with a fig biscuit above and cuttlefish ink chips. Sprinkle some raw and cooked fig chunks and decorate
with cress leaves and edible flowers. 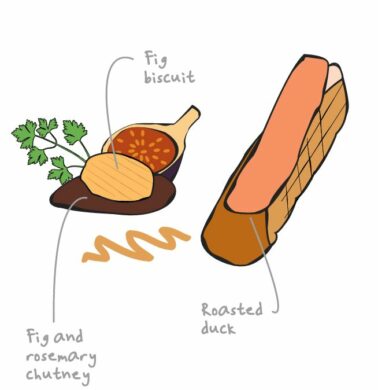 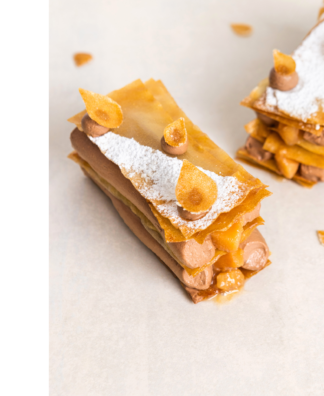 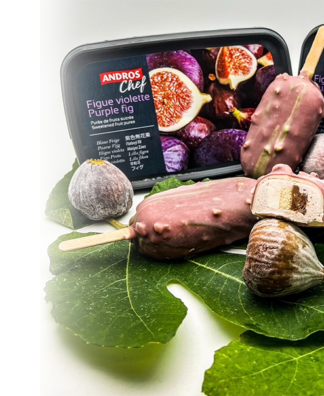 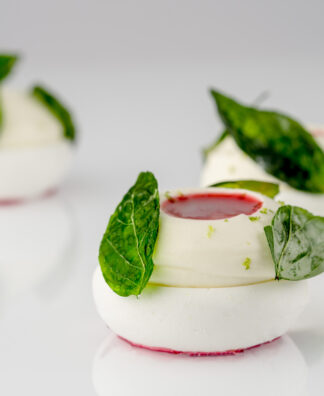 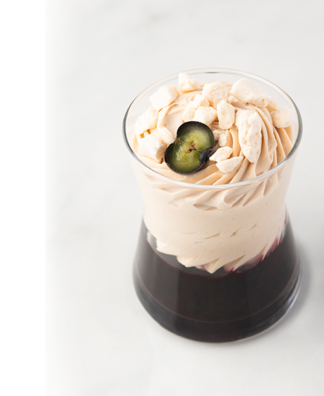 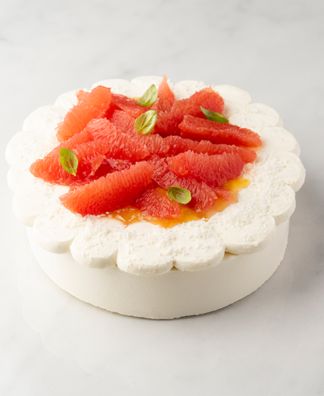 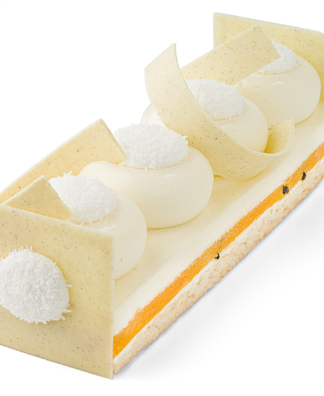 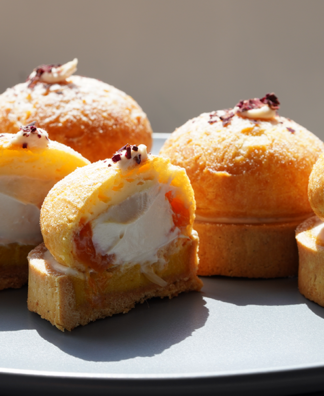 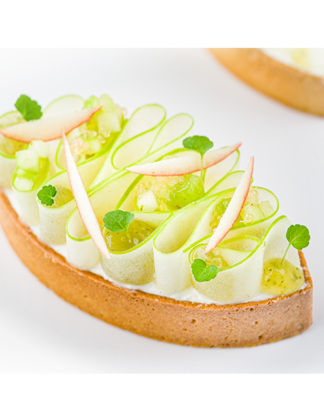 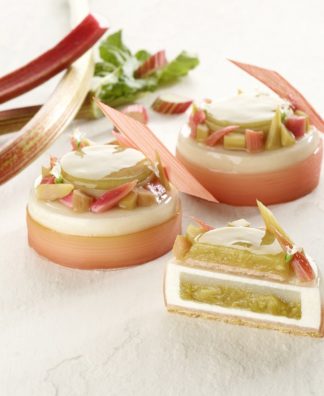 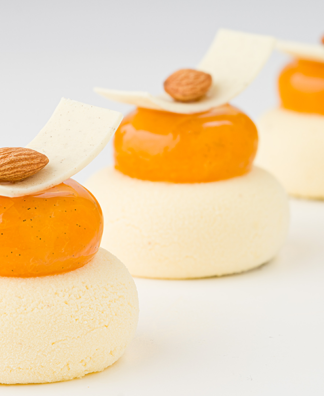 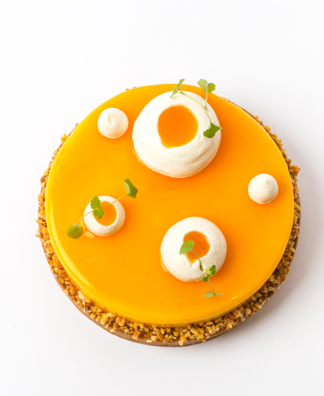 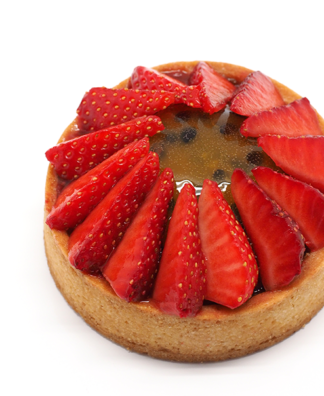 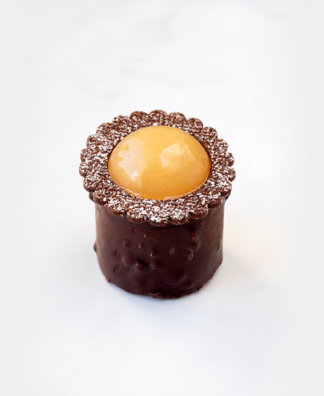